Part II – What is your capacity?

In the first article we looked at how you can analyse the requirements of your athletic focus in order to establish a baseline to compare yourself against. In this second part, we will look at how you measure and evaluate your own capacity, before setting up a training plan, which will be covered in the third article. 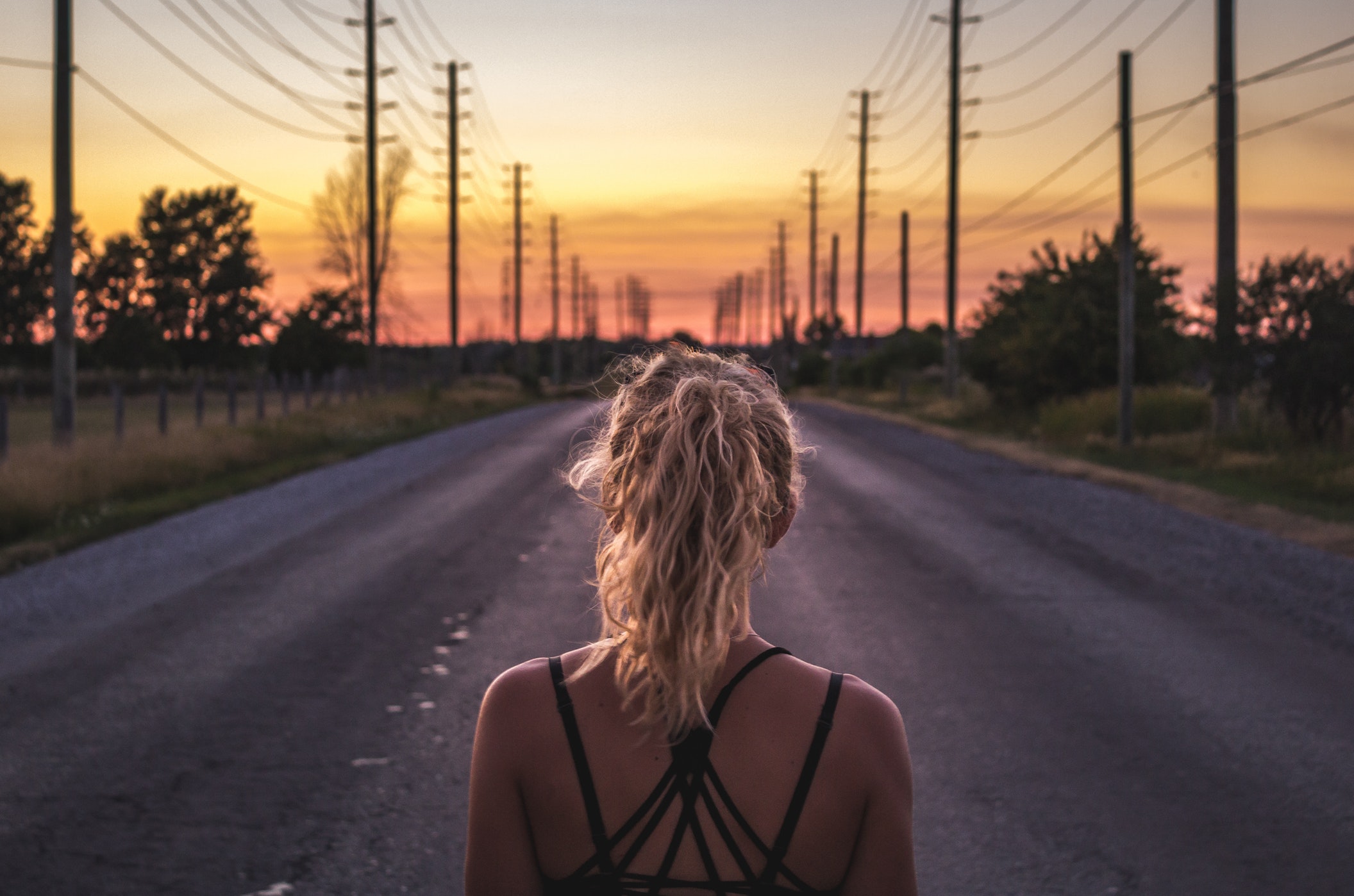 Once you have evaluated what the requirements are, you can start measuring yourself according to where you are at this point. Your Capacity Evaluation is your starting point and it makes it possible for you to train progressively and plan your training going forward.

A capacity evaluation is usually performed as a series of tests. These tests can either be general or specific to your activities, but regardless they should be as objective as possible and it should be possible to repeat them reliably. However, in this article you will also find tests that will give you a more general overview of a person’s abilities, not specific or very reliable data. Overall, we are only scratching the surface and before you do a test it’s advisable to dig a bit deeper into how it should be performed, since we will not go into great detail.

Tests are usually organised according to the following categories:[1]

Some aspects are easier to measure, such as your physical capacity, whereas your mental strength or motivation can be harder. On the other hand, most fencers will not need an extensive psychological evaluation in order to measure capacity. By just honestly looking at yourself and describing where you are now, you will over time get a better perspective. 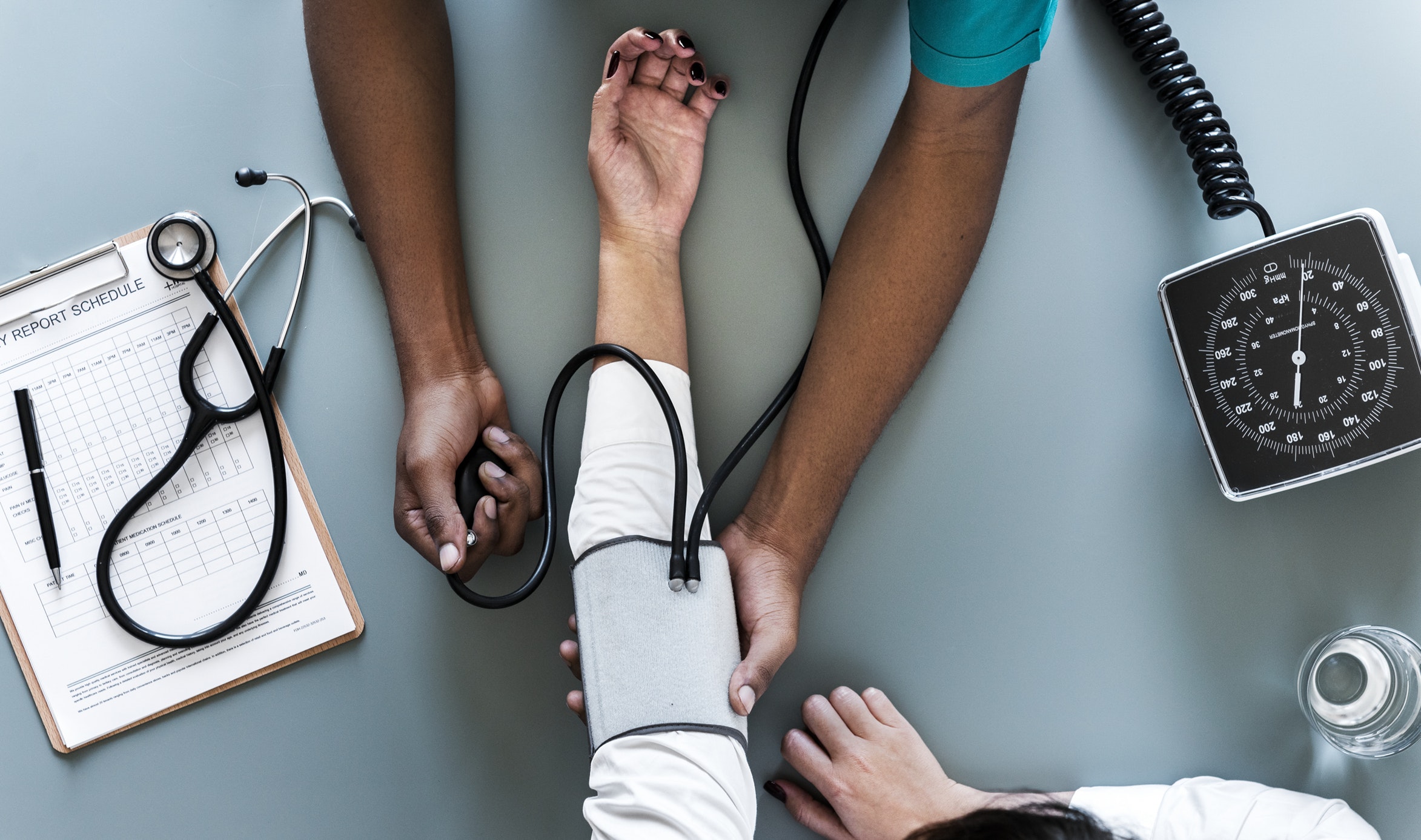 The more things you are able to measure, the easier it will be to see development over time. For a coach, each student creates a data set that furthers your knowledge and can help develop your teaching methodology. Having said that, it’s important to stress that most of these aspects are highly individual and will have to be adapted based on the goals of the student.

I will go through a series of tests that I have used successfully and that I think are good for evaluating capacity. Depending on your discipline, you may find some of them more useful than others.

It’s possible to test mental strength in various ways, but it’s hard to do tests that simulates fencing requirements. If you are fencing for competition, then simply competing and preparing yourself for competition is generally advisable. One way of measuring stress tolerance is through stress inoculation tests, where you perform various tasks under stress or heavy physical exhaustion. The military often use these types of tests when applying to specific branches, most famously perhaps the underwater tests of the American Navy Seals.

A fencing variation can be done by physically exerting yourself through interval training, for example doing a set number of burpees, followed with a series of puzzles, maths problems or problems you pick from an IQ test. This sets up a relatively objective test that can be measured in how well you score on the problem solving, how quickly you can do the entire test, or a mix of both and it tests how well you can focus while exhausted. The test doesn’t really measure your ability to concentrate in general, but to solve problems when you are under stress. Your ability to mentally handle complicated problems and analysing situations can be a useful skill in many various martial applications.

Another way of doing this, is by asking questions relating to motivation, concentration, how well the fencer copes with pressure. Answering such questions are good, because although they may not result in an objective data set, the instructor is able to evaluate how well the student can self-assess. Such questionnaires also lets students think about themselves in new ways.

Similar to the concentration tests, but testing a slightly different ability, is the lateral/creative tests. The ability to think on your feet under duress is an important factor in martial arts, especially if you are focused on self-defence or real violence, as I’ve written about before in this article. Being able to quickly change the game means that you have an adaptability to new situations, and that you are able to “think outside the box”. But how can you test that?

One creativity test is that you under a minute name as many uses for an object as possible. Setting this up, you exhaust yourself through for example Tabata squats and then you are handed an object which you name uses for.

So, for example, you do twenty burpees, followed by ten sprints to get a set of objects from one end of the room to the other, and you are then handed a random object, like a ping-pong ball and asked to come up with as many uses for it as possible in one minute. If you for example say that it can be used to make a person fall over, and then say it can be used to make a dog fall over, these are very similar. The first will score you two points (one point for coming up with a use, one extra since it is a realistic use of a ball), whereas the second use (tripping a dog) will only score you one point since a similar use has already been mentioned. If you say that the ping-pong ball can be used as a space ship, you will score one point, since it is not a realistic use of a ping-pong ball.

A common way to evaluate your strength is to measure how strong you are in comparison to your bodyweight (BW) for exercises like bench press, overhead press, deadlift, squats, dips, hanging crunches and pull ups.

An intermediate standard for strength could follow this standard:
Bench press: 1.25 * BW

The test is simply performed by weighing in, warming up and doing tests for One repetition maximum (1RM) on the selected lifts. Unless you are used to strength training, you should not perform this test however, since 1RM lifts must be done with proper technique. 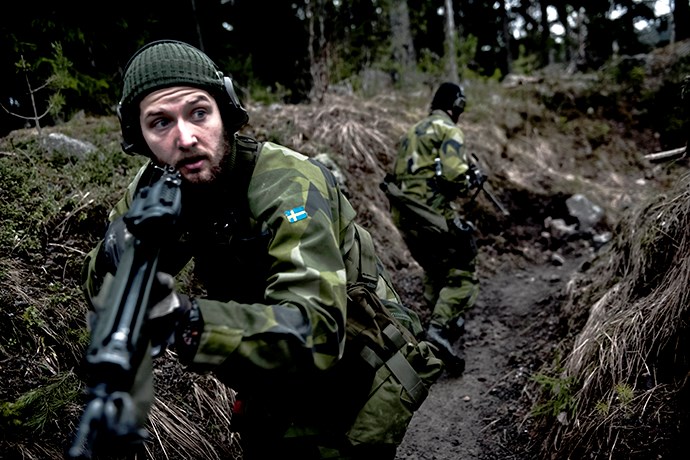 This is a test from the Swedish military that we use in my fencing club, Gothenburg Historical Fencing School.

In the tests, you get more points by doing more repetitions, centimetres or seconds.

The test has to be done in the following order:

Minimum 8, maximum 28. You get 5 point for each repetition above 8.

Minimum 15 seconds, maximum 65 seconds. You get 2 points for every second over 15.

You perform it by placing three bars at the correct height (the simplest way is to put it at groin height for the test person) around a cone. You also need a matt to roll on and a timer. The test looks like this:

Cooper’s test is a physical fitness test developed for the US military to measure your condition. It’s a great test because it is easy to do and you can do it as a club together. What you do is run steadily for 12 minutes and you then measure how far you’ve run. The outcome is based on the distance, your age and your sex.

Tabata training is an HIIT exercise that makes it easy to test yourself and follow your progression over time. You do 20 seconds of a major exercise, such as a squat, press-ups, or burpees, then rest for 10 seconds, before starting again. You do this for 4 minutes (8 rounds). For each set, you count the amount of repetitions that you can do of that specific exercise, but it’s only the lowest number that counts. So, if you after 4 minutes only can do 7 squats, then 7 is your result.

Plyometrics means explosiveness. The exercises presented in this video can be measured in various ways, such as quality or performance. For most of them you will need help in measuring how high you jump, or to mark where you land after a long jump. Using a board behind you, where you have marked out measurements, makes it easier for your partner to see how high you jump on certain exercises.

As mentioned above, we have previously posted an article on the five stages of technical skill development. Preparation stage, gross coordination stage, fine coordination stage, automation stage and generalisation stage. These five stages can be used to describe your development for any set number of techniques. This is a far less exact evaluation than most of the physical tests, but it is nonetheless a very useful tool. You do it by writing down the techniques you wish to include on a paper, and then evaluate where you are on the skill scale, preferably with a comment. An instructor can then sign off on that development, if they agree with your assessment. 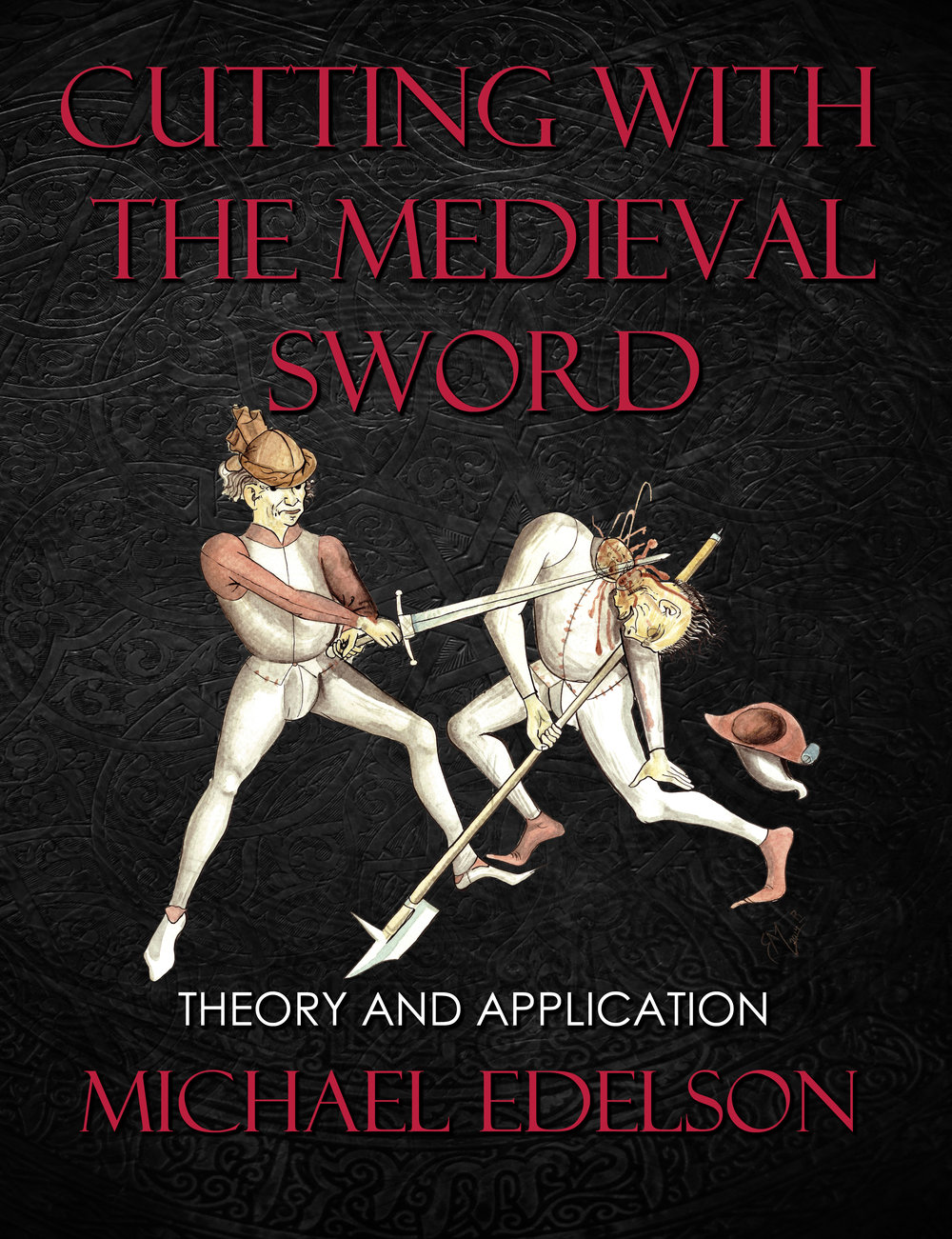 Test cutting on tatami mats creates a good way of testing performance. Tatami mats provide you with a repeatable and measurable medium, and there are several rule sets that you can use to test your cutting skill, evaluating how fast you can cut, how well you can cut, and your technique for the various cuts you use in your system. For advice on cutting, please read Mike Edelson’s book which you can find at Amazon. 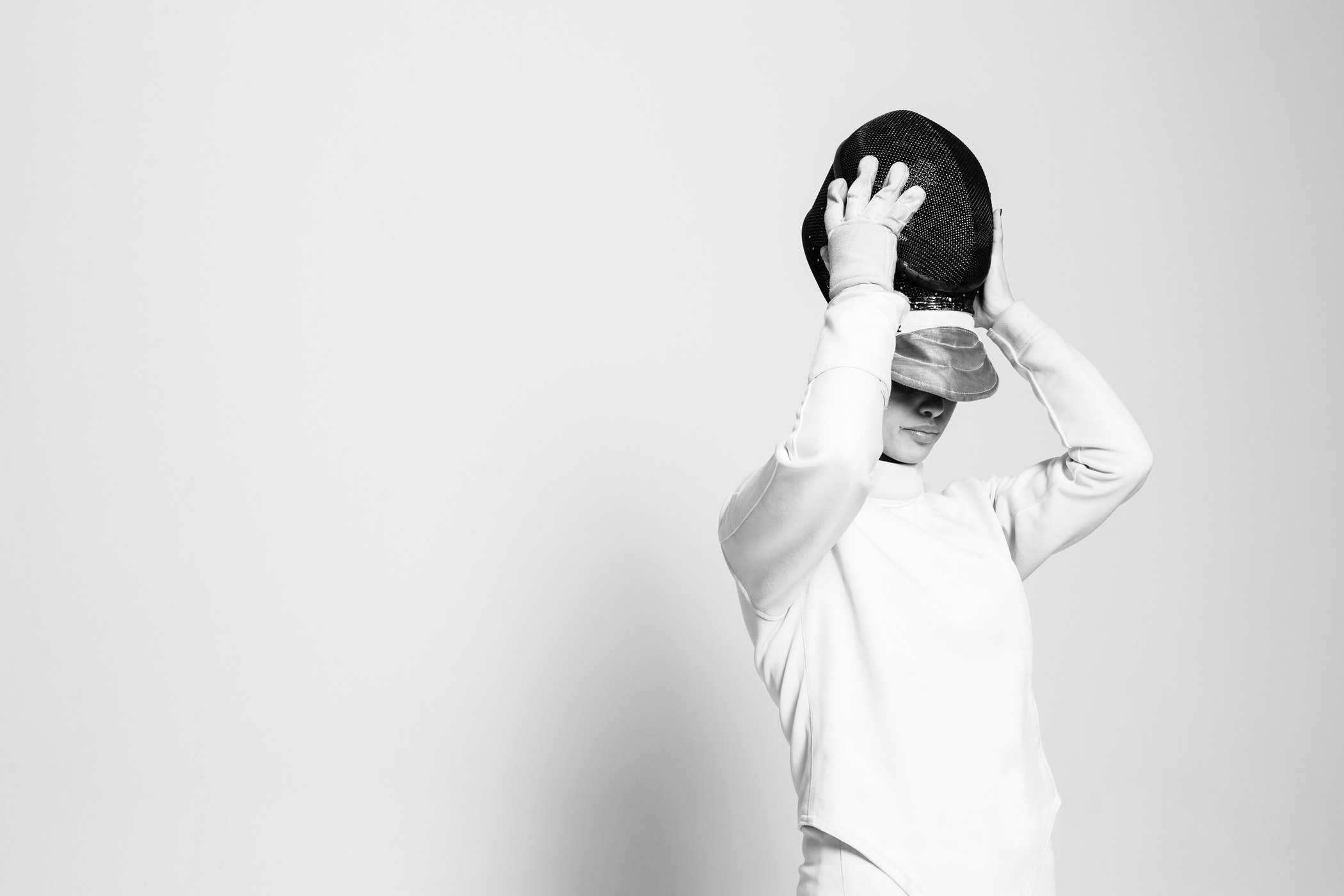 Marché-rompé is linear footwork in sport and classical fencing and it can be measured how fast you can move a certain distance or how quickly you can react and change direction.

Complex footwork tests can be set up by creating a movement pattern, which includes a series of complex movements, such as cross stepping, deep lunges, stepping backwords and so on. One way of setting up the pattern is by placing markers for the feet on the floor. You can then test how quickly you can move across the pattern, and also add time for poor quality of movement.

The 16thcentury Fencing master Joachim Meyer is one of the fencing masters who provides us with cutting diagrams. When cutting through a diagram you can measure both time and quality of the cuts. This provides you with not only a historical fencing specific test, but also a test tied specifically to a master.

Just like in sport shooting, it is possible to create thrusting precision tests. Providing pop up targets, or have static targets that you should thrust on time creates a measurable set up. This test can be combined with a complex footwork pattern test to create a version of a Harre’s test which is specific to fencing.

Tests should be as objective as possible, and have a connection to what it is that you are doing, even if they are general rather than sport specific. It is also important that they are standardised and performed the same way and with strict attention to detail and form. Cutting corners, using sloppy technique can greatly affect the result and you should avoid it. At the end of the day, the reason you do these tests is not to compete, but to evaluate yourself so that you can measure progression towards your goals, which is the topic for the next and final article in this series: How to plan your training and reach your goal.

Subscribe and get the latest updates in your inbox

Listen to the latest podcast episodes

Listen to the old masters speak

Lessons of the Sword: Great men are here to test you

Lessons of the Sword: Toughen your body to embolden your spirit

Lessons of the sword: Celebrate the sacrifices that lead to victory

Fencing makes one who can do it well into a formidable man.

Listen to the old masters speak – Lessons of the sword